The CR-V Hybrid utilizes the third-generation of Honda’s two-motor hybrid system. The CR-V Hybrid gets additional enhancements to deliver a wider range of electric-only operation, including a duct to direct cooling air to the battery, helping both its performance and durability. Operating without the need for a conventional automatic transmission, the two-motor powertrain combines a 2.0-liter DOHC i-VTEC® Atkinson-cycle engine with 40-percent thermal efficiency and two electric motors with flat wire technology-a generator/starter motor and a 181-horsepower propulsion motor-for a total system output of 212 horsepower.

The 2020 CR-V Hybrid uses a 2.0-liter DOHC i-VTEC 4-cylinder Atkinson-cycle engine, developing a peak 143 horsepower at 6200 rpm and 129 lb.-ft. of torque at 3500 rpm. Advanced engine control tuning creates excellent power characteristics, exceptional fuel efficiency and very low exhaust emissions. Key contributors to the improved thermal efficiency of the engine include improved exhaust gas recirculation and low-fiction valvetrain. Since the gasoline engine can be decoupled from the rest of the hybrid powertrain, it only operates as needed. Depending on the state of battery charge and other parameters, the system will shut off the engine automatically during deceleration and when the vehicle is at a stop (Idle Stop) or operating under battery power, restarting automatically when needed.

The propulsion motor is rated at 135 kilowatts (181 horsepower) and 232 lb.-ft. of torque. When coasting or braking, the motor switches to a regenerative mode, converting the kinetic energy from deceleration into electrical energy to recharge the battery. Its operation is seamlessly coordinated with CR-V Hybrid’s electric-servo braking system, offering natural, linear, and responsive brake performance and pedal feel. 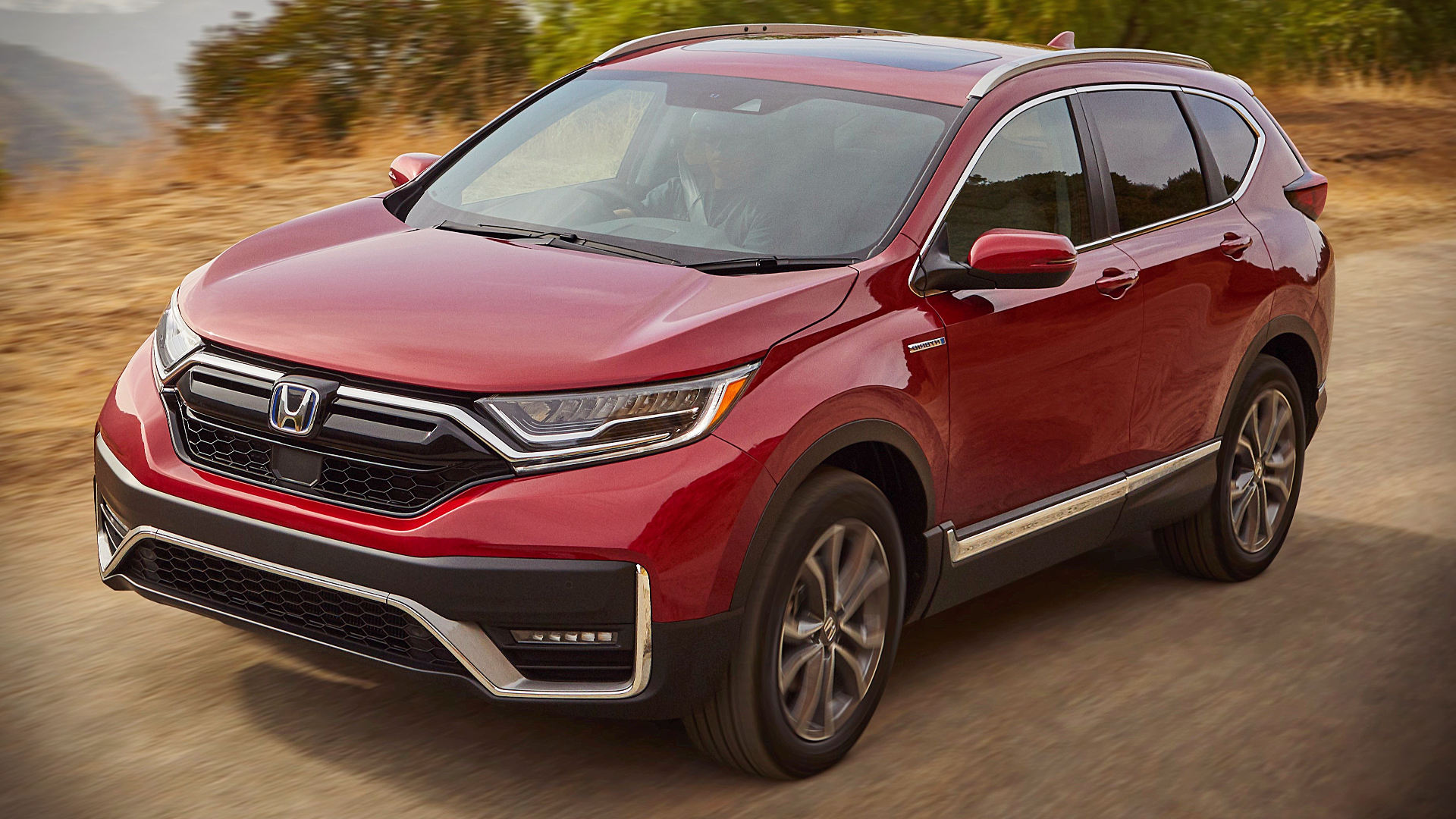 Honda presents the new Honda NSX Concept for the first time in Europe, highlighting the design and technolo...

The Honda NSX Type R (NSX-R) was a Japanese Domestic Market exclusive, which was only produced in a limited...

The S660 adopts the mid-ship engine/rear-wheel drive (MR) layout and realizes a low center-of-gravity as we...

It was the first time that Honda Civic Type R was released with its Limited Edition version. Honda has anno...

The second-generation Prelude was released in Japan on November 25, 1982 and worldwide in 1983. Riding on a...