Lotus have entered the world of insane electric hypercars with the unveiling of the 2,000 horsepower Lotus Evija. This will be the first all new Lotus car released under the new owners Geely, who purchased Lotus in 2017. The Evija will take it’s place as the halo model for the brand as they slowly replace the whole line-up with new models for the Elise, Evora and Exige.

This all-electric hypercar is powered by four electric motors capable of developing 500 PS (368 kW) each, and all connected to a wheel each. This system will make the Evija the first all-wheel drive Lotus ever produced. Combined power output is expected to be around the 2,000 PS (1,471 Kw) mark, with 1,254 lb-ft (1,700 Nm) of torque. All of this will get it’s juice from a 70 kWh battery pack that should be rated for a theoretical range of 250 miles on the WLTP cycle. That battery will utilize up to 800 kW charging, which could mean a charge time of as little as 8 minutes with a fast enough charger. 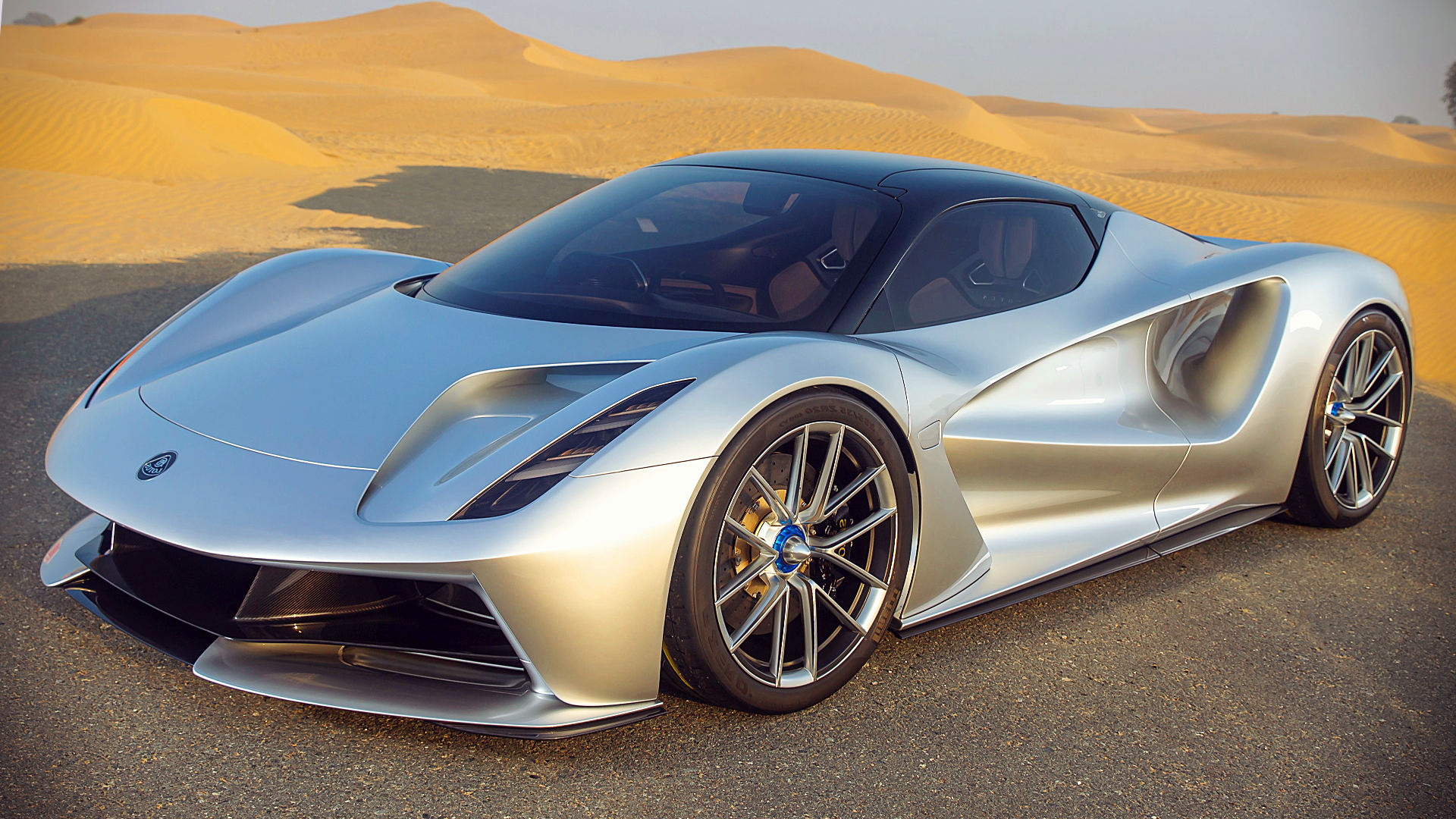 The new Lotus Elise probably has the lowest CO2 for its performance for any gasoline high performance sport...

Proving that less is more, Lotus' high performance Cup version of the famous Elise has shed 21 kg and gaine...

The silver Italdesign concept that eventually became the Esprit was unveiled at the Turin Motor S...

The supercharged and intercooled 1796 cc engine in the Lotus 2-Eleven has a maximum power output of 255 PS...

By the close of 1980, Lotus were effectively building three different models of Esprit, with distinct chass...

Lotus Racing, the motorsport arm of Group Lotus Plc, tips a nod to its enthusiast racing heritage with its...

The Lotus Elise has a hand-finished fiberglass body shell atop its aluminium extrusion and bonded frame tha...

The Esprit was launched in October 1975 at the Paris Auto Show, and went into production in June 1976, repl...