Alpine unveiled the Alpine Vision show car. Marrying elegance, agility and authenticity, this mid-engined two-seater coupe is in every respect a true Alpine. The Alpine Vision heralds the style and performance of the road-going sports car that will be revealed before the end of 2016.

Alpine has chosen the roads visited by the Rallye Monte-Carlo and, more specifically, the famous and twisty Col de Turini – the scene of its most celebrated early sporting achievements – as the backdrop for its renaissance. Alpine is back to carve out a clear niche in the premium sports car market, promising an invigorating experience to both aficionados and those who appreciate automotive beauty.

These mountains – which gave the brand its name – have naturally influenced the style of the Alpine Vision show car. The pleasure of owning and driving an Alpine has always stemmed from the fact that the marque makes a point of covering all the bases. The Alpine Vision is a mid-engined, two-seater sports coupe which incorporates all of the expected hallmarks in a thoroughly contemporary package. 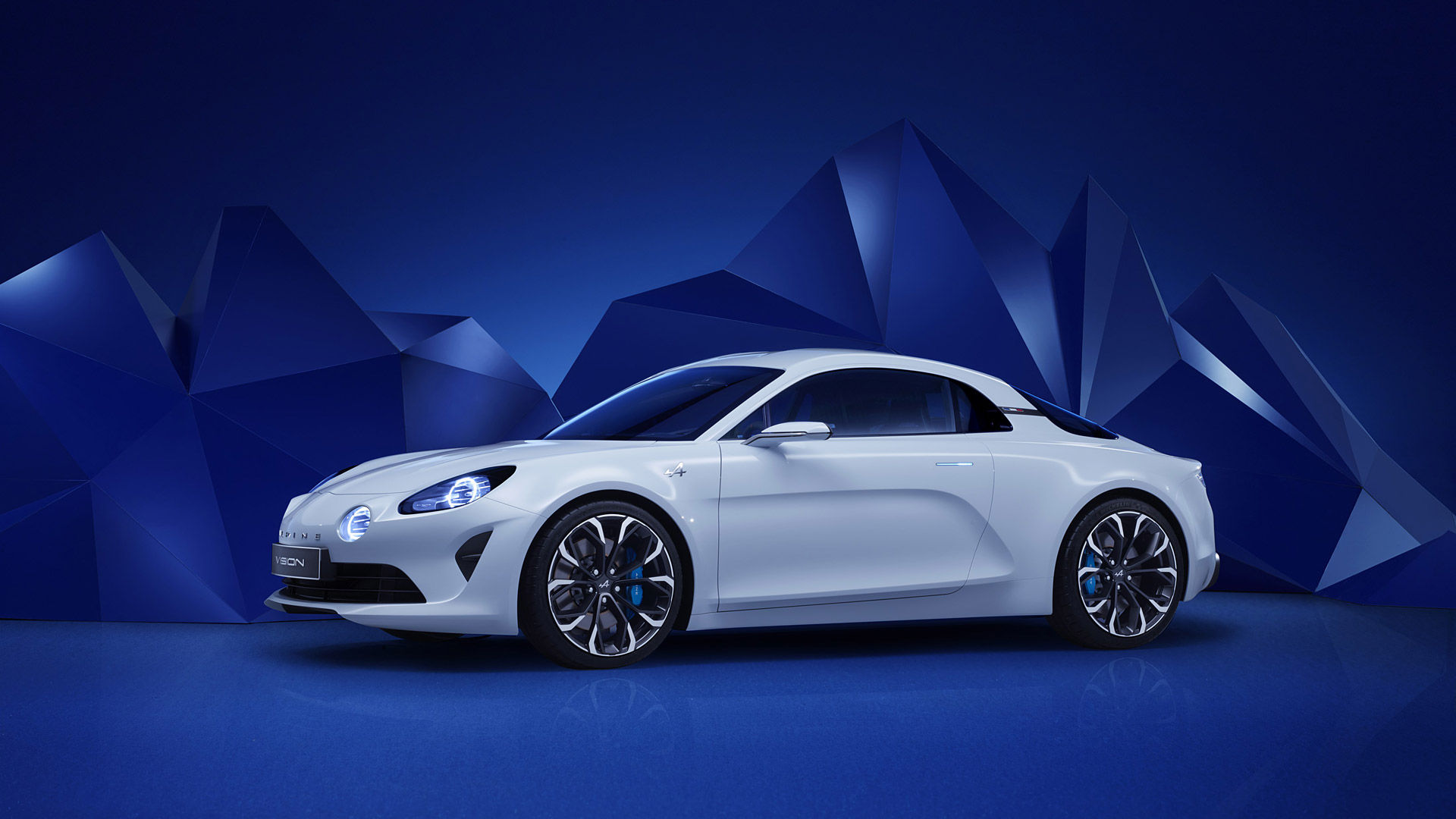 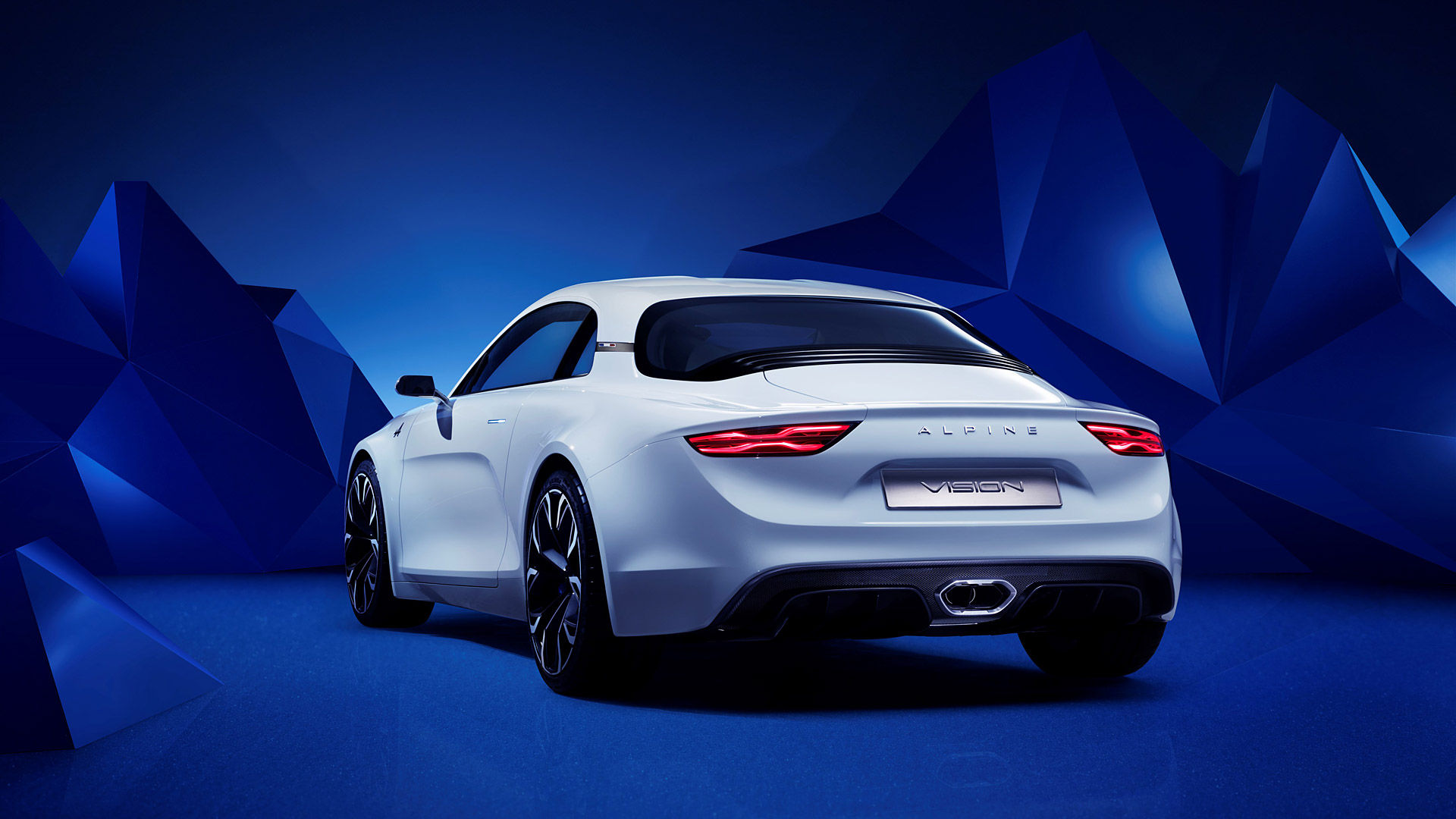