As the products of human creativity, dedication, and knowledge, machines should be objects of admiration. The concept was designed to explore and emphasize the fundamental appeal of machines: their fine craftsmanship, their beauty, simplicity, and their fascinating motion. As a true concept car, the Toyota Kikai’s appeal is simultaneously free from and reliant on the core concepts of automobiles.

This concept takes the machinery, normally hidden beneath the vehicle body, and makes an open display of its beauty. Directly expressed in this way, the vehicle’s inner workings become part of the exterior. In addition to the carefully designed form, continued into details including the fuel tank, reserve tank, and exhaust pipes, the analog-style meters and switches offer an engaging dialog with the machinery.

The small window at the driver’s feet is another distinctive aspect of this car’s structure, communicating the movements of the tires and suspension and the rush of speed along the road surface. Through the windshield, the movements of the upper control arm are also visible. This provides a novel driving sensation in which the machinery that supports the operations of cruising, turning, and stopping in ordinary everyday driving can be directly perceived with the senses. 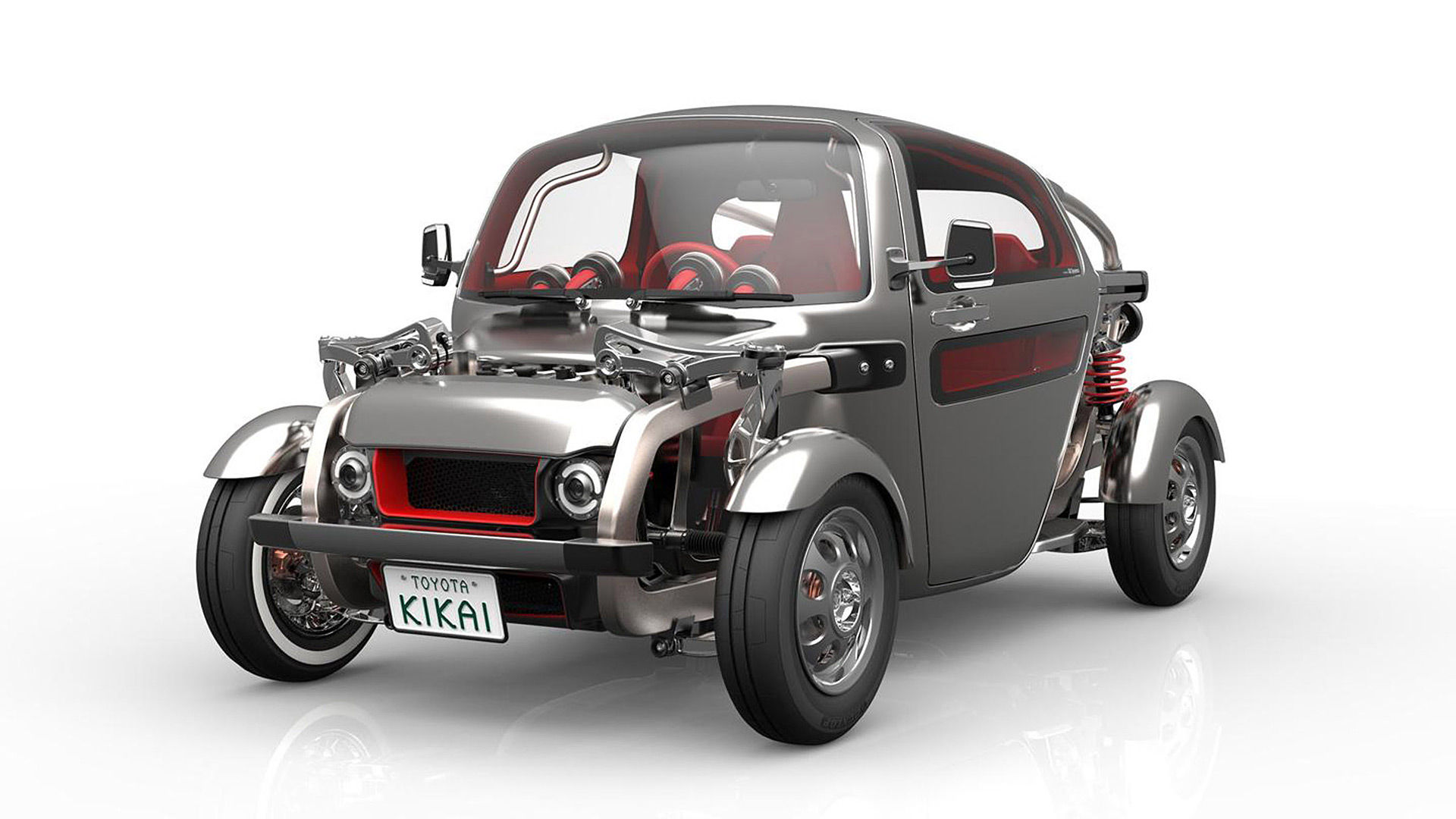 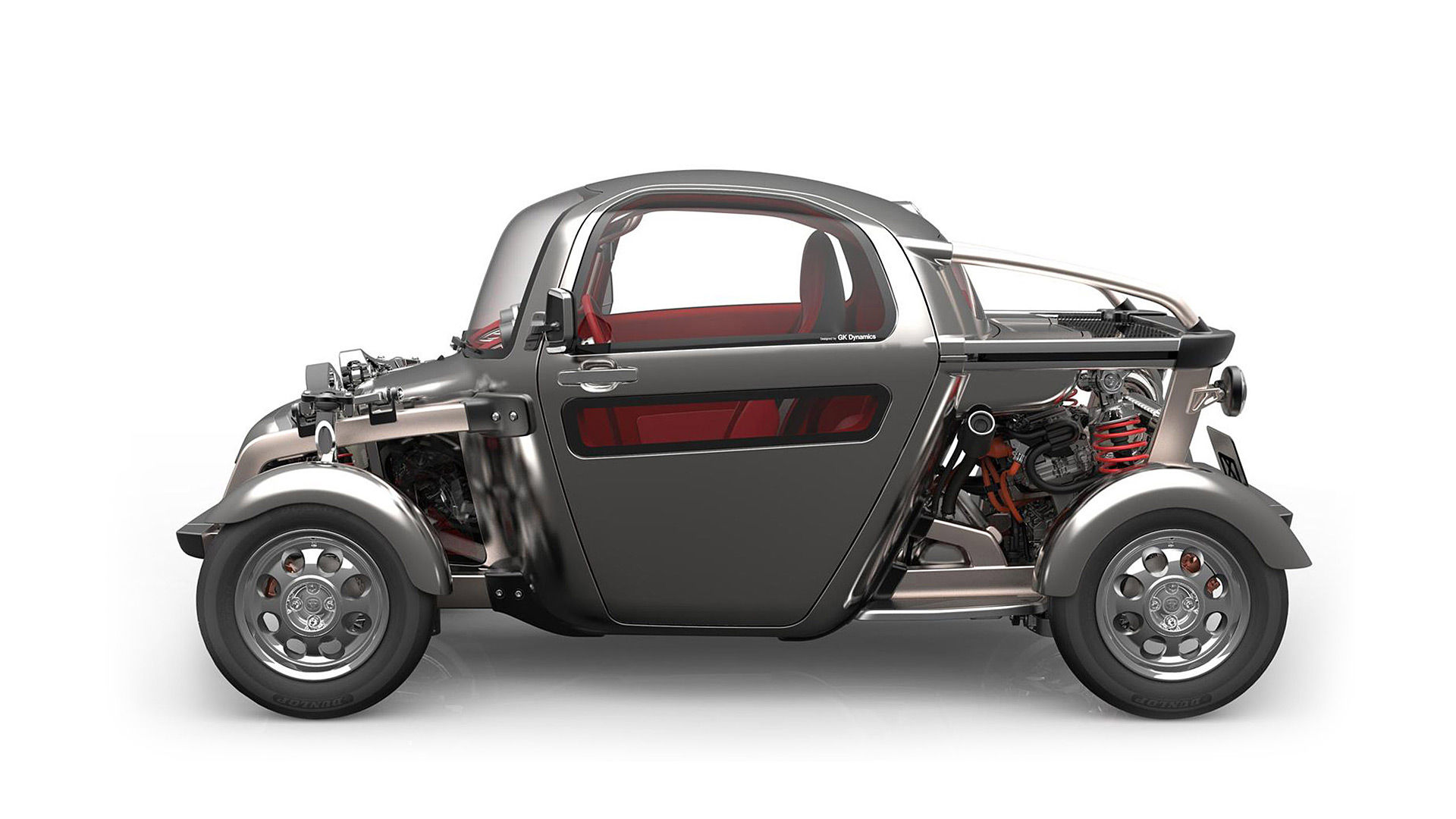