Thanks to its mid-engine layout, advanced technology and compact size, the all-new 2015 Alfa Romeo 4C Spider demonstrates its precision, agility and performance credentials with a top speed of 160 miles per hour (mph), 0-to-60 mph acceleration blasts in an estimated 4.1-seconds, 1.1 g of lateral acceleration and 1.25 g of maximum braking deceleration.

The all-new Alfa Romeo 4C Spider adopts race-derived solutions to ensure maximum agility and road holding performance. The front suspension is comprised of a superimposed double wishbone configuration for direct and unfiltered feedback. At the rear, an advanced MacPherson suspension ensures superb road-holding attributes – even in the most extreme of maneuvers. Both front and rear suspensions are made from aluminum and high-strength steel. For the North American market, the Alfa Romeo 4C Spider is designed with stiffer springs, larger front and rear-sway bars, and re-tuned shock absorbers. 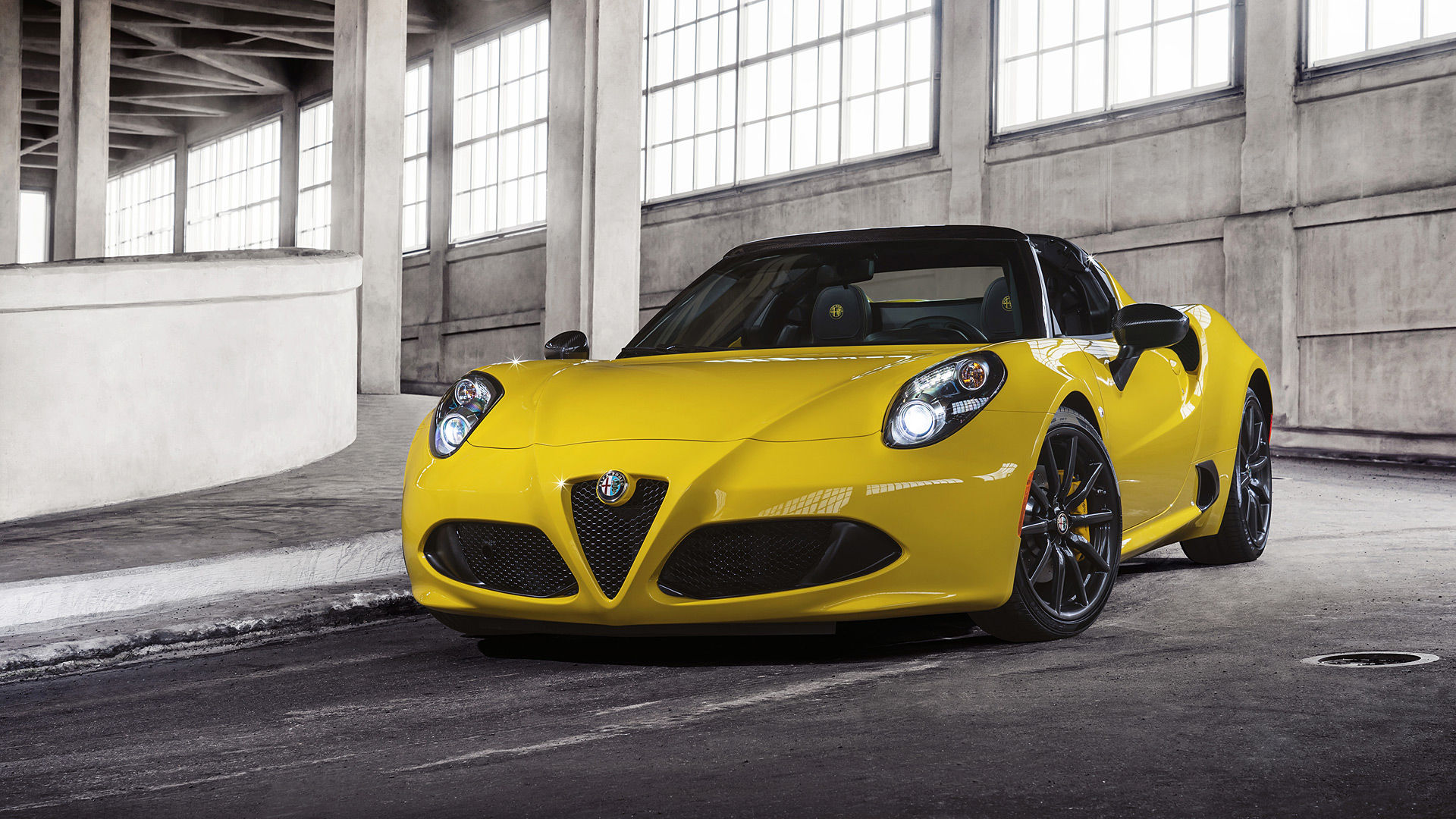 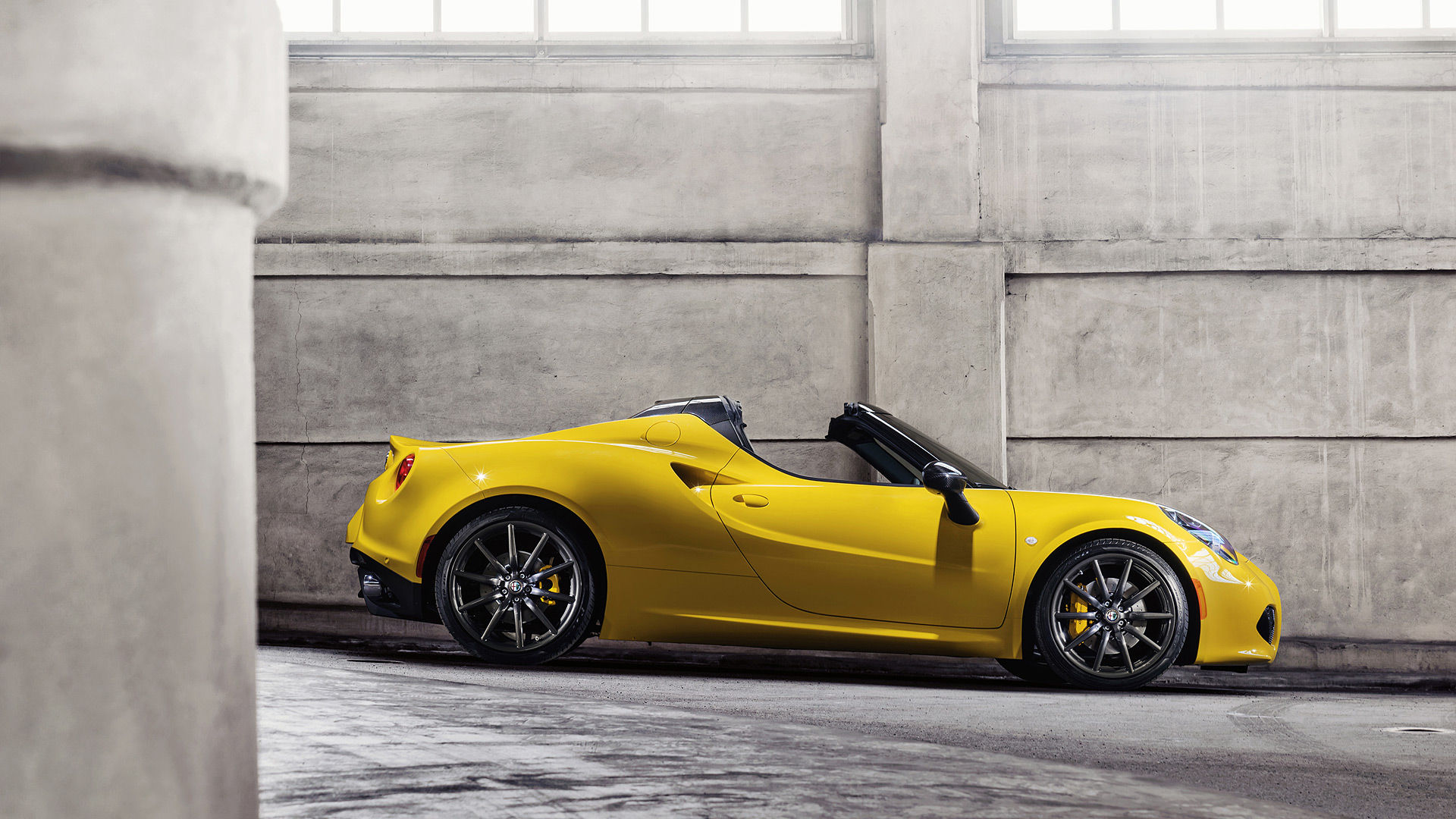 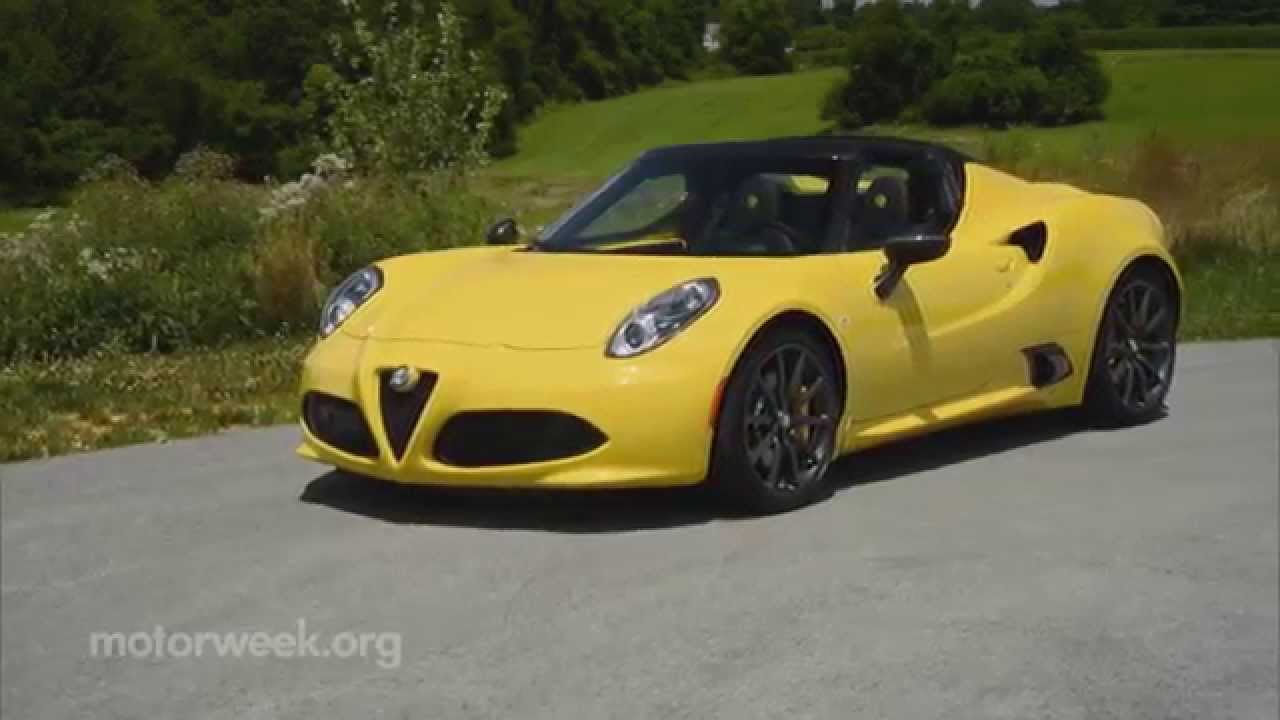 At the 81st Geneva International Motor Show, the Alfa Romeo 4C Concept will make its debut, a compact super...

The production version of the Alfa Romeo 4C makes its debut at the 2013 International Motor Show in Geneva....

The preview of the Alfa Romeo 4C Spider, the convertible evolution of the award-winning coupe launched in 2...

It beats them all, no matter whether the current Porsche 911, BMW M4 or Mercedes AMG GT! We're talking abou...

Few sports cars are developed specifically for Britain's roads. Those that have been tend to become true 'd...

The Alfa Romeo Carabo is a concept car first shown at the 1968 Paris Motor Show. It was designed by Marcell...

Alfa Romeo revealed the 2020 Formula 1 car C39 in all its glory. The Italian team, which will compete with...

A historical and famous signature throughout the world which, interpreted in a modern and effective manner,...

The Alfa Romeo 156 (Type 932) is a compact executive car produced by the Italian automa...