Featuring a dynamic and innovative styling design and excellent environmental performance, the Honda EV-STER, an electric rear-wheel-drive two-seater convertible sports car, will propose a new way to enjoy a sports type model which is unique to the electromotive mobility. The adoption of carbon materials made it possible to reduce the vehicle weight contributing to the vehicle’s high driving performance and range of approximately 160km. The easy-to-operate twin-lever steering was adopted for the thorough pursuit of the joy of driving. Moreover, the new concept model enables the driver to make his/her own adjustments to some vehicle characteristics such as motor output and suspension settings, to embody the joy of maneuvering to the fullest extent.

Furthermore, the instrument panel features not only meters, but also the vehicle information display which enables the driver to enjoy driving as well as the network display used for the audio and navigation systems and also for the internet access. The well-designed layout of the meters and displays enables the driver to concentrate on driving and enjoy the comfortable space. 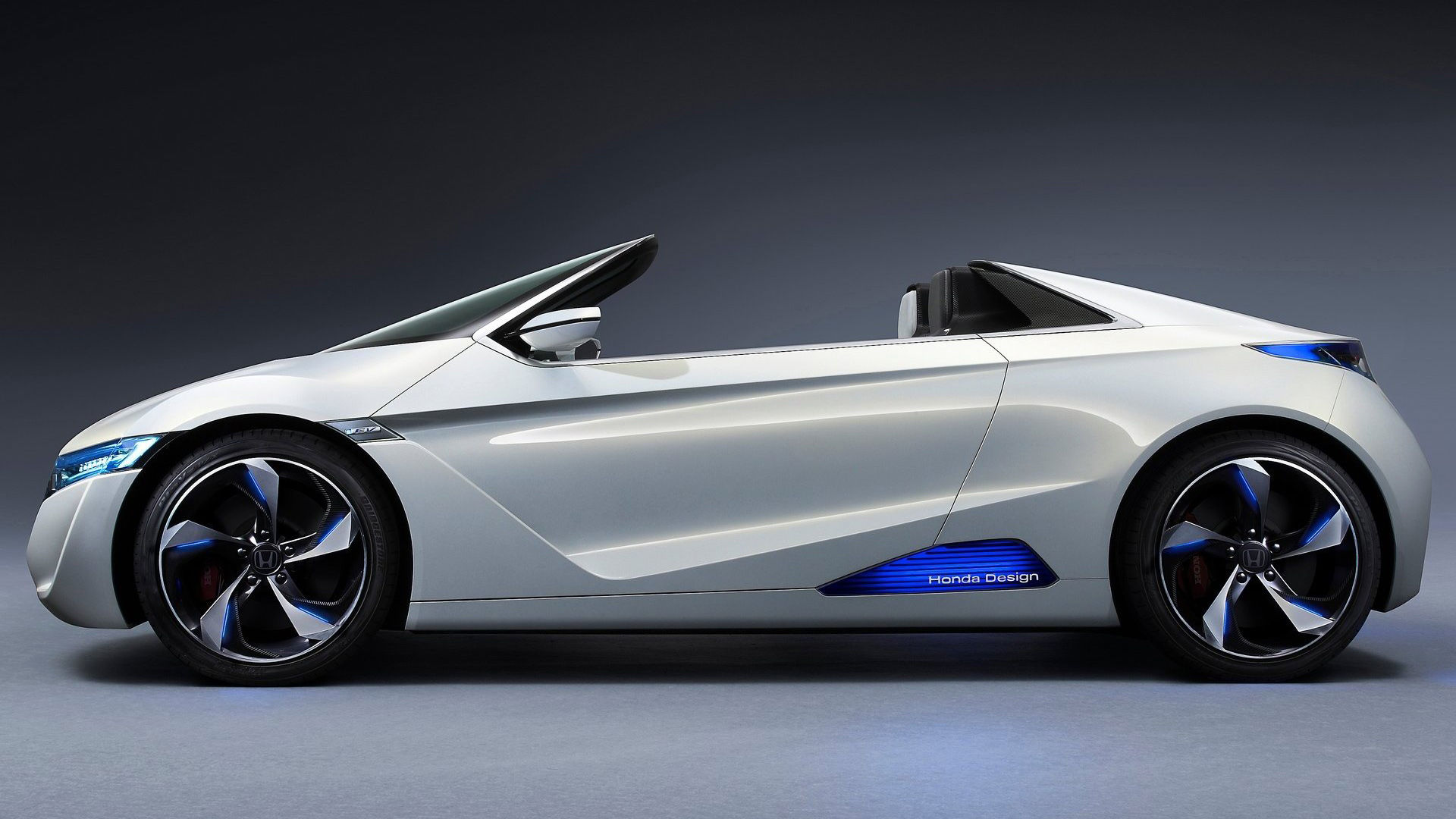 The Honda HSC (Honda/High-performance Sports Concept) is a sports car concept that was initially unveiled a...

At the 2013 Montreal International Auto Show, Honda Canada provided the world with its first look at the ne...

The Honda FCV Concept is a concept car for an all-new fuel-cell vehicle (FCV), and the Honda Power Exporter...

Honda have revealed a retro inspired design for their new electric concept car that will set the tone for t...

In 2001, Honda announced the release of the Civic Type-R for the EP chassis, a more sporty variant of the m...

The Honda NSX Type R (NSX-R) was a Japanese Domestic Market exclusive, which was only produced in a limited...

Upon its release in 1990, the NSX was a design ahead of its time. It was the first time that a Japanese aut...

It was the first time that Honda Civic Type R was released with its Limited Edition version. Honda has anno...

The 'livery launch' for the RA107 took place at the Natural History Museum in London and showed a completel...