Subaru’s Forester was only sold in STI spec for the Japanese domestic market, with the company opting not to sell the car anywhere else. Considered the ultimate version of the Forester, the STI is a rare sight on the roads around the world with only grey imports sneaking their way onto the road. The Forester STI makes use of a new STI bodykit with front lip, side skirts, large hood scoop and rear spoiler all adding to the appeal. Plenty of STI stickers are placed around and in the car making sure all occupants are aware that this is no ordinary Subaru Forester.

Featuring the drivetrain from it’s smaller brother the Impreza WRX STI, the 2.5L turbocharged boxer engine was good for 330 horsepower, around 30 hp more than the Impreza. Despite it’s size the Forester STI remained relatively light weight tipping the scales at 1,590 kilograms, which made it only 70 kg heavier than the Impreza. This allowed for some impressive performance numbers, as the all-wheel drive turbocharged setup was capable of sending the Forester from 0-100 kph in 5 seconds. 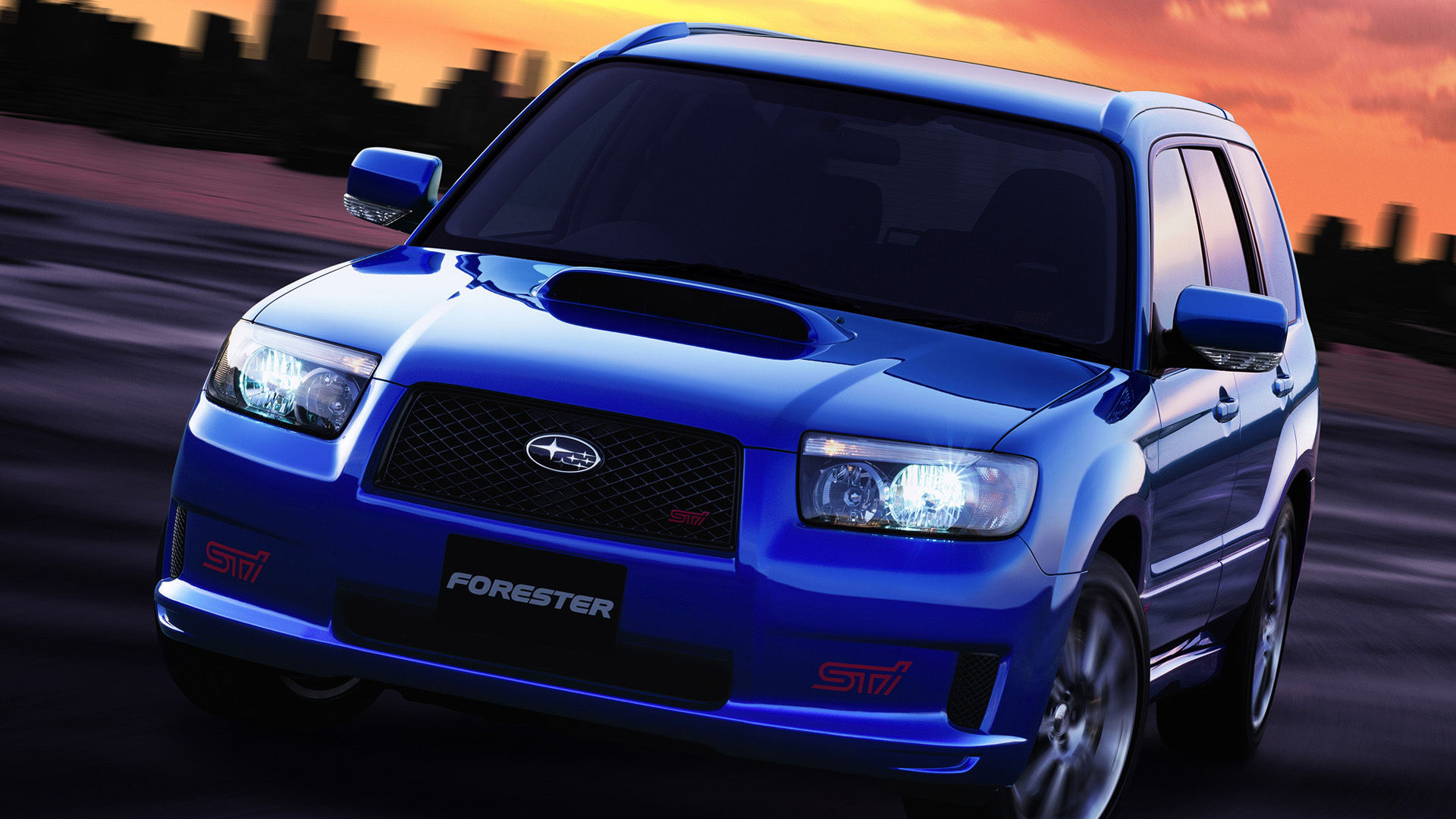 The 2011 Forester is Subaru's third generation of crossover SUV. Based on the Impreza platform, t...

Based on the Impreza WRX STI, the WRX STI A-Line model was developed to offer its distinctive driving perfo...

The Subaru Alcyone SVX, also known outside of its home market Japan as the Subaru SVX, is a two-door grand...

In 2006, Subaru released the 300 units limited edition Liberty GT tuned by STi based on the 2.0GT Sedan and...

The Subaru Levorg sport tourer model, which made its European debut at the 2015 Geneva Motor Show, has prev...